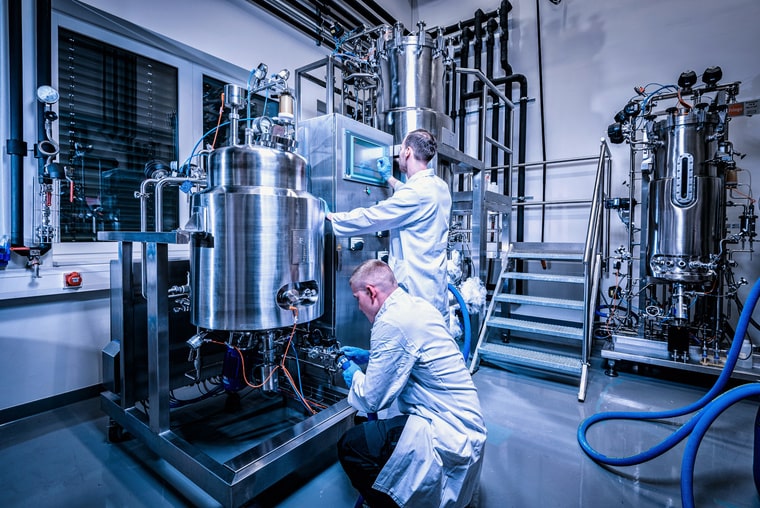 Cleantech for Europe is an initiative to help the EU scale its cleantech ecosystem and lead the race to net zero. We aim to build bridges between policymakers and cleantech leaders, to develop the EU’s climate and industrial leadership.
We are thrilled to welcome Capricorn Partners of Belgium as a Cleantech for Europe Leader. Our colleague Lucy Chatburn spoke with its founder, Dr. Jos B. Peeters, who shared his thoughts on how the EU can leverage the climate imperative to reach industrial leadership.

”Our team believes in technology as an enabler to solve societal problems,” says Dr. Jos B.Peeters, a pioneer, not only of EU cleantech investing, but of the EU venture scene. “What makes the venture capital world so exciting is you can really make a difference for the right entrepreneur with the right idea.”

Jos joined the venture capital industry in 1985, as CEO of one of the first European funds. Later he co-founded Capricorn Partners, where he led the creation of one of the EU’s first cleantech funds in 2007.

Which emerging cleantech technologies is he most enthusiastic about? Synthetic biology: making food, animal feed and even materials like plastics from renewable sources.Until now this has been too expensive for widespread adoption, but thanks to new breakthrough technologies, such as those of Germany-based c-LEcta, large-scale production is now becoming feasible. Another area that’s exciting is nuclear fusion.

“I’m a physicist – I can relate to those technologies.”

In the years that followed the launch of this first fund, cleantech investments grew rapidly, peaking in 2011, then contracting dramatically due to the financial crisis.

“The crisis was very negative for cleantech companies,” says Jos, commenting on that period. “The old financial system was falling apart. It was next to impossible for those EBITDA negative companies to raise follow-on capital.”

But Jos is encouraged to see that Cleantech investment is on the rise again: Cleantech for Europe research shows that the EU invested are cord-breaking €7bn in cleantech in the first half of 2021. What is different this time round?

“In the early days of cleantech, the drive was coming from a small percentage of consumers. They were vocal, but there weren’t many of them. Now, everybody is aware of the climate imperative. We have flooding in Europe, wildfires in Canada.”

Jos sees much stronger political and industrial commitment as well. Climate is firmly on the policy agenda – not just in Europe, but in countries which have been reluctant to commit in the past, including China and the USA.
‍

We talked about the delicate balancing act policy makers face, between nurturing emerging technologies and ensuring a competitive market develops.

“Policy makers have the important job of setting the rules so that the players can get on with the game.”

Policy works well when it sets objectives and boundaries within which new technologies can compete. It is also important that policy levels the playing field, especially with fully depreciated, but highly polluting alternatives.

The single most effective mechanism, for Jos, would be a functioning carbon market.

“Then there would be a price for pollution. That price can be factored into investment decisions, and everything becomes more predictable. It would allow investors to confidently invest in the transition.”

Jos welcomes Cleantech for Europe as an opportunity to incorporate the experience of innovative companies on the ground into the policy-making process.

“For example, you are setting up a circular economy project in the Netherlands. According to one department, your feedstock is considered a product. According to another, it is waste. Which permit do you apply for? Moreover, one permit takes six months to complete, while the other takes around two years.”

Through dialogue, and real-life examples, we can contribute to policy and regulation which facilitates the translation of great ideas into realistic rule-setting and enables innovative start-ups to become game-changing success stories.

“We have great momentum at present. Let’s capture it.” 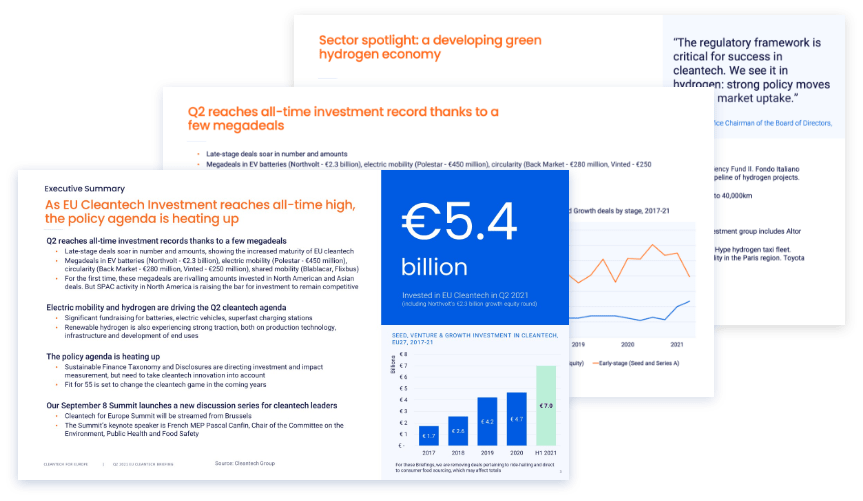 Our Q2 Quarterly
Briefing is Out