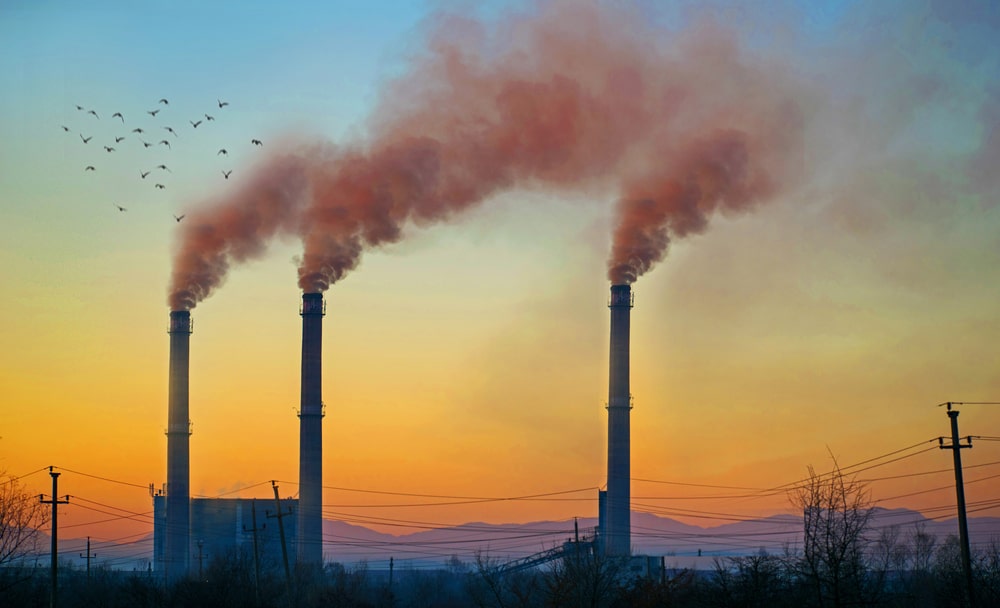 Industrial subsidies should be redirected to sustainable front-runners

Cleantech for Europe represents the vibrant ecosystem of EU cleantech innovators and investors who are developing technologies and business models to take the EU to net zero.

Our community includes 20 pioneer EU cleantech investors, with a track record of investing in more than 350 early-stage ventures for decarbonisation and sustainability. The innovative companies in which they invest are high-risk, often capital-intensive and need significant resources to scale.

Scaling the EU’s clean technologies is key to the EU’s future climate and industrial leadership. As reported by the International Energy Agency (IEA), half of the decarbonisation we need to get to net zero by 2050 will come from technologies currently at the lab or demonstration phase Scaling clean technologies would also accelerate the EU’s  drive to energy independence, by reducing our reliance on fossil fuels.

An effective carbon price in the EU could be a significant boon for the wide deployment of technologies to produce green steel production, cement and chemicals, renewable hydrogen and many more. A stable carbon price would provide a reliable signal for financial actors to invest in clean technologies and reduce demand for polluting alternatives.

In 2021, the European Commission released a massive legislative package aimed at implementing a roadmap to reduce net emissions by 55% by 2030, compared to 1990. Part of that package is an extensive redesign of the EU’s carbon pricing system. The current proposals of the European Commission do not do enough to accelerate the uptake of the next generation of EU industry.

In this article, we summarize the current state of affairs, and make five proposals which, if adopted, could change the game for clean technologies, and usher in a new climate and industrial leadership for the EU.

Carbon pricing is a major tool to scale EU cleantech

Clean technologies in their early stages of development are at a cost disadvantage to the existing, polluting alternatives. Recent history in solar power, wind, energy storage and electric vehicles has shown that it takes from 10 to 20 years of early adoption and targeted subsidies for clean technologies to become cheaper than existing technology.

The main reason for this cost disadvantage is that industries don’t pay a price for the carbon they emit using legacy technology. In economic terms, they get a free pass on the negative externalities they generate. In climate terms, they get to make a profit while increasing our carbon debt.

The IEA has argued that carbon pricing gives emitters the policy certainty that high-carbon investments are less attractive than low-carbon alternatives. However, for heavy industry, in the current set-up of the EU’s carbon pricing system, this is not the case.

Since the first implementation of the EU ETS in 2005 the EU has been subsidising industrial pollution by handing out free carbon permits (the so-called free allowances) to industries like steel, cement and chemicals. The handing out of free carbon permits was initially put in place to prevent the risk of carbon leakage - when carbon intensive industries move to countries with laxer climate rules and export to the EU from there. Currently, there is not enough evidence to indicate that carbon pricing has resulted in the relocation of EU heavy industry to other countrfact, a recent study corroborates that no carbon leakage effects were found for the steel and cement sectors.

As a result, in the last 15years, industry has not  paid a genuine carbon price, and indeed has received even more allocations than their verified emissions. The industry has made a profit out of the excess allowances either by selling them on the market or banking to use them at a later stage.

According to a recent paper by Jacques Delors Institute and E3G, since 2005, industrial sectors received 10.4billion free allowances worth over €138 billion. Over the same period of time, those sectors’ cumulative emissions only amounted to 9.1 billion ton of CO meaning they received 1.3 billion allowances more than necessary.

Today, free allocations represent 500 MT CO2eq / year — more than France’s annual emissions. They can be considered a fossil-fuel subsidy. At the current ETS price level (€80 /tCO), this represents a subsidy of around €40 billion / year. As a point of comparison, the Horizon Europe budget is €12,5 billon / year.

As they exist today, free allocations slow down the uptake of clean technologies, because (1) as industries are not incentivized to adopt them fast enough and (2) sustainable front-runners developing clean alternatives are kept out of free allowances because benchmarks are based on processes, not products. This market distortion is preventing the next generation of industrial leaders from emerging and the EU from gaining its energy independence from fossil fuels.

Here are five proposals from the cleantech community to move to a real carbon price and scale EU clean technologies.

The EU ETS benchmarks disadvantage sustainable front-runners by treating them differently than incumbents, as they are based solely on specific products and production processes. Let’s take hydrogen production as an example. The current benchmark recognizes hydrogen production through steam methane reforming, a high-intensive carbon process, and assigns free allowances for it. However, it does not recognize and thus does not attribute free allowances to hydrogen production through electrolysis which has no direct emissions. While the EU ETS proposal on the revision of the benchmarks definitions is a step in the right direction, it does not go far enough as to establish value chain-wide product benchmarks.

Proposal 3: Beef up the Innovation Fund to bring these technologies down the cost curve

While the EU has a strong track record in developing early-stage clean technologies, we are still struggling to scale and deploy them across the continent. The Innovation Fund is one of the only instruments focusing on the scale-up of demonstration-scale technologies for decarbonisation. As such, its funding should be increased to reflect the EU’s ambition to become the industrial and climate leader of the next decades. It should support projects carried by independent scale-up companies instead of only large corporates.

Following the invasion ofUkraine, the price of carbon has dropped below €50/ton, after peaking above €95/ton.This volatility is very harmful to the bankability of clean technologies, because investors are not able to rely on a minimum price to base their valuations on. To encourage the investment in clean technologies, predictability is key. A carbon price floor that increases over time would be a game-changer.

Let’s take the example of green steelmaking using hydrogen as direct reduced iron. A study from Columbia University estimates the current marginal CO2 abatement cost using a green hydrogen for steelmaking at €325/ton. Consider a rising floor price, say of €30 in 2022, €70 in 2025 and €120 in 2030. To be cost-competitive with CO2-intensive steel in 2030, the technology would need to go down the cost curve from €325/ton today to €120/ton in 2030, the rest being covered by the carbon floor price. Should the investor believe a cost reduction to be possible by 2030, the floor price will provide the necessary certainty to invest in this new technology.

Having an effective carbon price in all sectors will accelerate the uptake of clean technologies. The current discussions to create a carbon price for buildings and cars is a good start, but the EU needs to make sure it is used to encourage industry to innovate, instead of passing the price increases down to consumers. A carbon price on buildings could accelerate the deployment of fossil-free heating systems. However, an extended carbon price should not be a substitute for stricter industry regulations, and should be accompanied by strong social measures to finance the transition for the households, especially the energy-poor.

20 pioneer cleantech investors from 11 EU member states, with a track record of investing in more than 350 early-stage ventures for decarbonisation and sustainability. 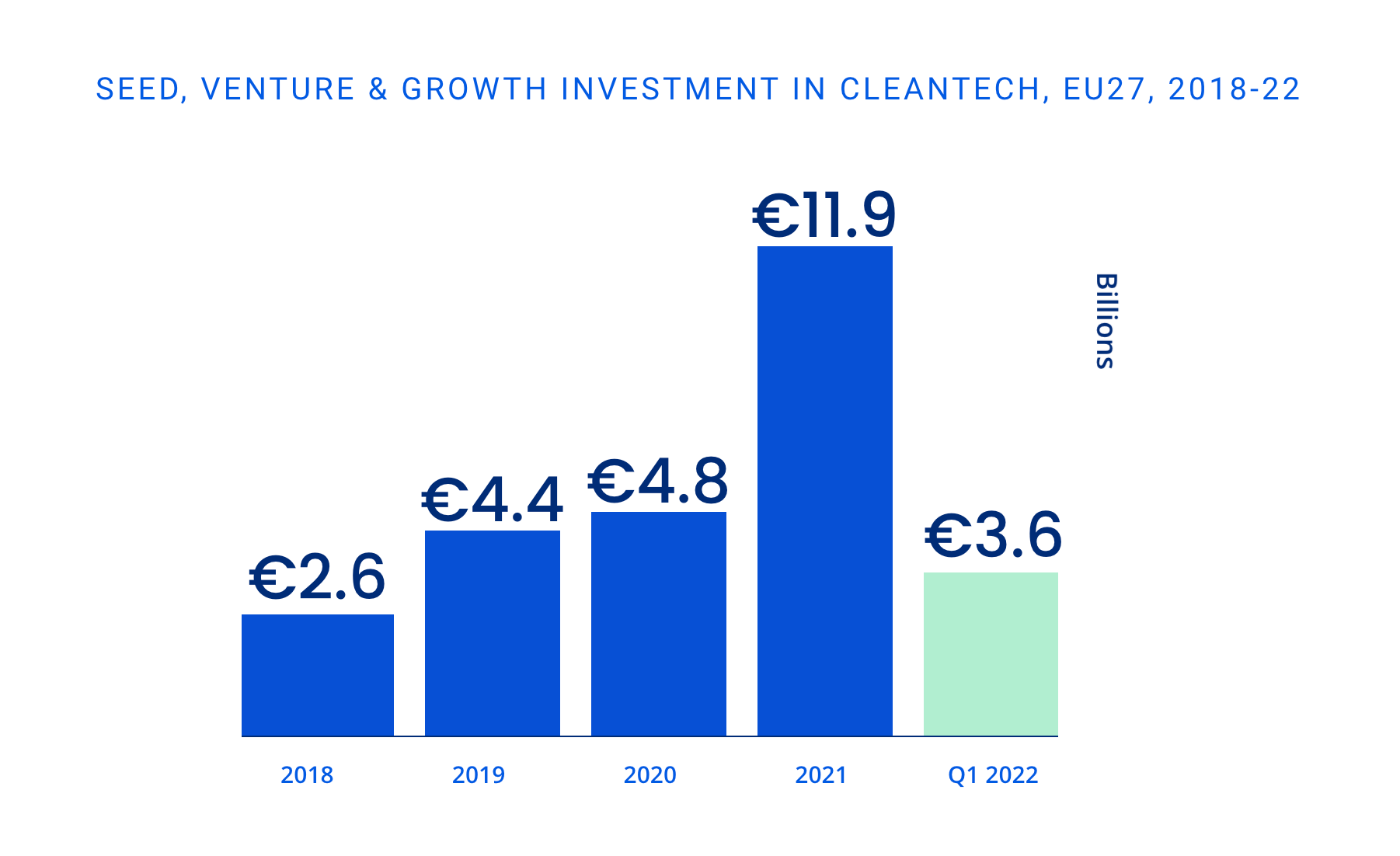