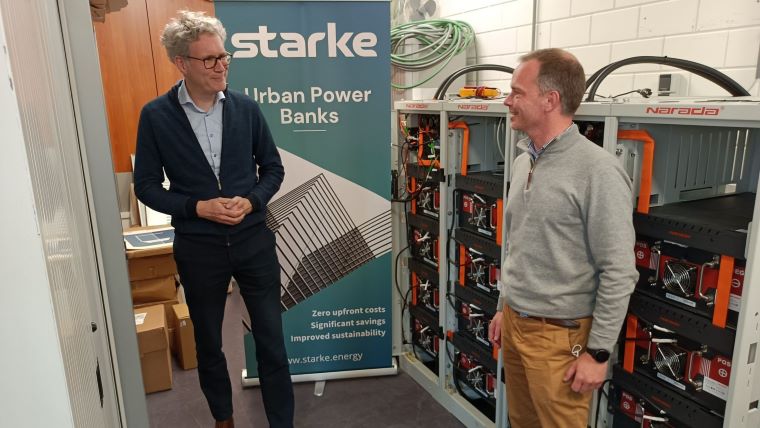 Three years ago this November, I founded a software and battery company dedicated to improving the way buildings in European cities consume and manage energy. Beginning with a team of just three people, we now employ eight people and provide work for dozens more – including programmers, an Artificial Intelligence specialist, data managers, solar panel installers, electric vehicle charging point installers and others.

In the next two years, we expect to triple our full-time workforce at our operations in Spain and the Netherlands and expand into Sweden. All told, we have identified a nearly €9 billion market  that will help building owners save money on energy bills while allowing more renewable energy to be integrated onto national energy grids – a win-win for our climate and for Europe’s economy, especially with energy prices soaring.

‍
We believe our company is unique. But the fact is, Europe is filled with hundreds of innovative startups like ours all working on market-based solutions to climate change. One thing many of us have in common is we are recipients of European Union public funding. This funding – often via the successful Horizon 2020  and  Horizon Europe programmes – has been crucial to helping many startups get off the ground.

That’s why it’s so disappointing finance ministers from countries including Austria, the Netherlands, Denmark and Sweden are pushing the European Council to essentially cut Horizon’s 2022 budget by  about €320 million. Given how important this funding is to companies creating good jobs and expanding tax bases in countries across Europe, these cuts are short-sighted and economically self-defeating.

Rather than taking a step backward and cancelling out critical boosts to climate funding provided by  NextGenerationEU  (the EU’s Covid recovery programme), finance ministers and the European Council should in EU budget discussions taking place this month protect Horizon Europe’s full budget for next year.

Fully funding Horizon Europe would do more than just improve the business prospects of job-creating, carbon-reducing startups like mine. It would also demonstrate that the EU takes its 2030emissions-reductions target seriously, since we know the only way Europe can achieve it is to invest much more in climate- and energy-related research and innovation now.

Over the past three years, my company,  Starke Energy, has received €150,000 in EU funding from Horizon 2020 and Horizon Europe. In close collaboration with partners along our company’s value chain – including social housing owners, private real estate developers and battery technology companies – we’ve used these funds to develop the first prototype of our software. Now, we have three clients and  €200,000  in revenues just this year. In the Netherlands, we have attracted an investment from early-stage venture capital firm Rockstart's Energy Fund, which has as a cornerstone investor the massive Dutch public employee pension fund APG.

‍
For the EU, the Horizon grants provided to my business represent a stellar return on investment. For us, being associated with the programme elevates our company in the eyes of potential partners and clients. So why do some want to cut Horizon Europe’s budget?

‍
Horizon represents the largest share of EU funds not allocated to specific countries, making it an easy target for cuts. Yet paradoxically, EU countries like the Netherlands, Sweden and others who consistently push the European Council to cut the overall EU budget along with Horizon funding – even though they’re the ones benefiting from Horizon the most. During Horizon 2020’s seven-year run, the Netherlands alone received more funding than the15 newest EU nations combined.

‍
Now is not the time for destructive cuts to the EU budget. Nor is it the time for vague promises to “ backload ” budget cuts with more funding at an undetermined point down the road.

‍
Rather, now is the time for investing in and empowering  a new generation of innovators and entrepreneurs pursuing solutions to climate change.

I’ve experienced firsthand the profound impact EU public funding can have on an ambitious new company. To ensure Europe’s economy remains dynamic and attractive to startups creating good jobs and leading the world toward a low-carbon future, we must protect Horizon Europe’s full budget. 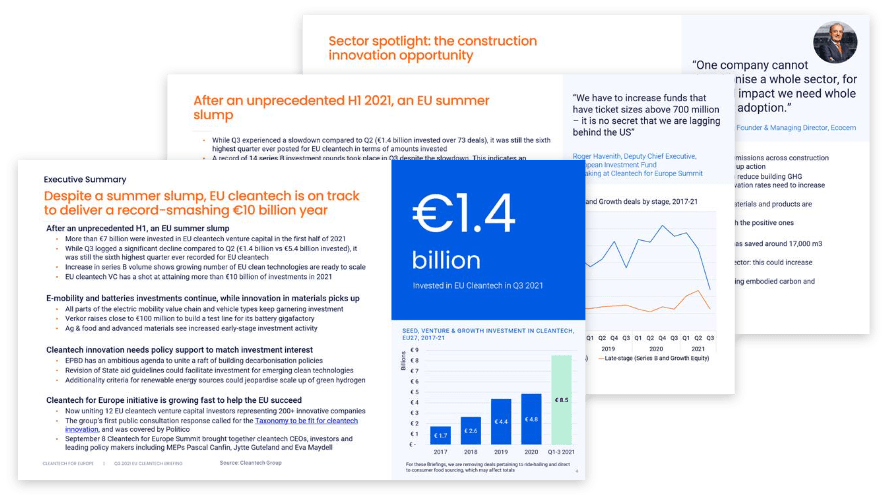 Our Q3 Quarterly
Briefing is Out