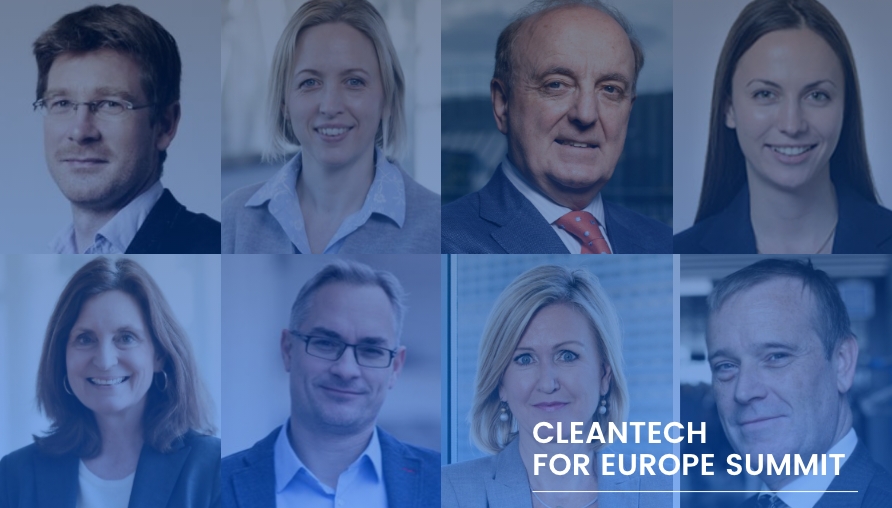 The inaugural #CleantechforEurope Summit on 8 September 2021 kicked off a pivotal conversation between the EU cleantech community and policy-makers to discuss how – by working together – the two groups can help Europe can deliver on the ambitions of the #EUGreenDeal and the #Fitfor55 package to seize its man on the moon moment.

Of the additional emissions reductions that will be needed to reach carbon neutrality by 2050, 50% will have to come from technologies that are not yet commercialised, according to the International Energy Agency (IEA). This is where cleantech scale-ups can make a key difference.

"You can have the greenest technology... but if there is a rule of the game that kills you - which does not allow you to develop, does not price carbon and so on - then it will remain marginal, it will not scale up and it will not deliver the change it could have.
My role as a policy-maker is to make sure we have the good rules of the game in place."

"Cleantech for Europe research shows that while Europe attracts 23% of global seed tech funding, that goes down to less than 7% for scale-up funding, and that compares to 54% for the US."

The EU must make closing this gap a priority in a world where political and economic influence is increasingly correlated with technology leadership.

The focus of EU policy in recent years has been on the innovation phase and early-stage funding, with good results: venture capital funding grew by 7.5 times between 2011 and 2020. Now it is time for EU policy to pay attention to the scale-up phase, to evolve ideas and patents into products and services on the European market.

"Political leadership is about sending a signal that's strong enough to be the light for the future."

Speakers at the Cleantech for Europe Summit from both the cleantech and policy-making communities identified a range of challenges to operationalising the EU’s policy ambitions, and set out ways forward to address these:

1.    Transforming the rules of the game –creating a fit for purpose regulatory and business environment

The rules of the game, in the form of standards, often represent a major obstacle to cleantech businesses. They must become more agile and innovation-friendly systems. DonalO’Riain, Founder and Managing Director Ecocem Materials, gave the example of the cement industry:

This struggle is amplified by the lack of harmonisation:

In response to this challenge, the European Commission plans to present a new strategy on standardisation by the end of 2021. One of its pillars will be to integrate foresight to enable Europe to create today the standards needed for the technologies of tomorrow (for example hydrogen). This will make the standardisation system as a whole more agile and innovation- friendly, Kerstin Jorna, Director-General for DG GROW, explained.

"It is important to have projects not of today, not of yesterday but projects really of tomorrow, the ones that will help us achieve ambitious goals."

‍explained Gaëtan Bonhomme from Breakthrough Energy Ventures Europe, whilst Jules Besnainou, Director of the Cleantech Group, cited the example of the difficulties a European battery-maker who, faced with the need to re-certify in every EU country, ultimately decided to focus on scaling in the US instead.

Demand in Europe for cleantech technologies remains too low, despite recent evolutions in the carbon price. This is particularly the case in sectors such as steel, cement, and agriculture.

A serious carbon price can help overcome this. Now hovering around the €60 per tonne mark, Europe’s carbon price is entering a space where business models change, in favour of green technologies. However, we still need to go further.

The Summit’s discussions called on EU policy to do more to boost demand for cleantech: from raising the carbon price and facilitating cross-border investments, to increasing awareness to help consumers to make sustainable choices.

"we can do it and we will do it on cleantech."

Access to finance is part of the challenge faced by cleantech scale ups. The right quantity and, more importantly, the quality of money needs to be available. Over the next decade we need to ‘deploy about a couple of trillion Euros in capital’ according to Ivo Němejc, Vice Chairman of the Board, Inven Capital .

EU financial instruments and grants today do not sufficiently target companies in the scale-up stage:

A key challenge also is to make money in the large quantities needed available to move from the demonstration to commercialisation phase.

The new European Innovation Council (EIC) aims to bridge this gap according to the European Commission’s Kerstin Jorna, DG GROW. Paulina Dejmek-Hack, Director in DG FISMA highlighted that the European Commission is continuing its work on the Capital Markets Union (CMU) to broaden access to finance for SMEs and scale-ups and to ease going public.

"The second Capital Markets Union (CMU) Action Plan of 2020 goes to the core of what we are discussing here today, and that is how can we make it easier for SMEs to go public."

Changes to the rules of the financial markets through the European Commission’s sustainable finance agenda and the EU taxonomy, which seeks to channel funding into green projects, are welcome. However, it is essential that new, additional reporting requirements do not unintentionally obstruct investments by adding administrative burdens and complexity. Rene Savelsberg, co-founder and Managing Partner of SET Ventures, emphasised the need for coherence among the many initiatives taking place at the same time:

"It’s a lot of new stuff, which, if you look at it in detail, is not fully coordinated yet."

"We have to increase funds that have ticket sizes above 700 million - it is no secret that we are lagging behind the US. For instance, we have five funds of a ticket size about 1 bn Euros whereas the US has 40 - a factor of 1:8. That's what is needed to attract companies and to help them to grow in Europe."

4.    A close dialogue between the cleantech and policy-making communities as trusted partners is vital

The EU is planning to revise 50 laws in the next two years, changing at the same time the rules for carbon pricing and cars to renewables energies, carbon farming and soil.

To get this systemic change right and to lead the race to net zero and cleantech leadership, EU policy-making needs to be inclusive, collaborative and to draw on all the available expertise. Strengthening relations between the cleantech and policy-making communities will be critical to design, deliver and implement effective EU policies to boost cleantech as well as facilitating public-private partnerships and collaboration. In the words of MEP Pascal Canfin:

Europe starts from a strong position to walk the talk: political momentum, public acceptance for the green transition and financial firepower are all there. We must now, together, deliver in order to build forward better!