Affordable renewable hydrogen can ensure that no one is left behind 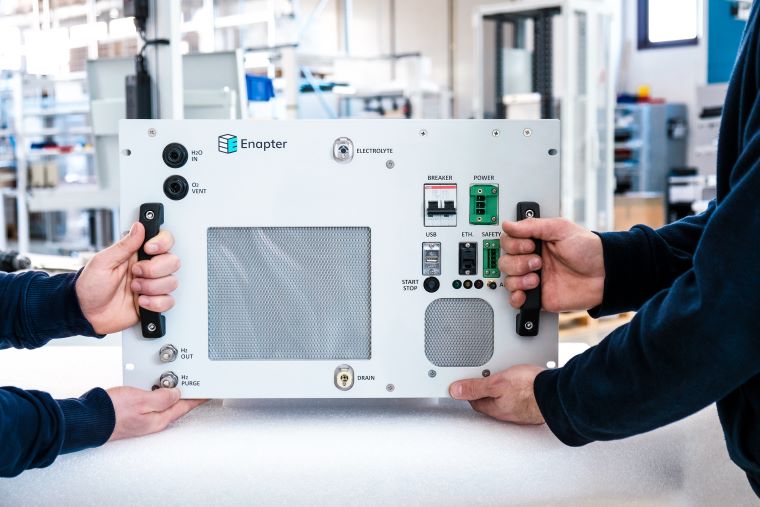 Enapter’s vision is a future without fossil fuels, enabled by affordable green hydrogen energy. With operations in Italy, Thailand, Russia, and Germany, where a mass-production plant is due to come online at the end of 2022, Enapter manufactures modular, standardized AEM electrolysers, targeting low-cost renewable hydrogen. Vaitea sees fossil fuel subsidies and permitting procedures as one of the regulatory challenges to the uptake of the renewable hydrogen market. [During 2022, the European Commission is set to launch guidelines addressed to Member States aimed at speeding up permitting processes.]

“The great advantage of the AEM technology is that it will drive down the cost of green hydrogen through economies of scale alone. By mass producing a standardized and compact product, we can pave the way to accessible green hydrogen for all."

Vaitea described COP26 (which she attended with The Earthshot Prize) as 'action-packed'.

‍"Towards the end it was an emotional rollercoaster. I went to sleep thinking that the crucial phrase of phasing out coal was still at the negotiating table, only to wake up and find it replaced by phasing down coal”

Despite the change in terminology, the COP26 climate talks ended up with an international agreement, which makes it clear that coal remains incompatible with measures needed to avert a climate catastrophe. COP 26 marked some important milestones, including: commitments from countries to strengthen their emissions cutting targets; important settling rules for carbon markets and carbon offset credits; and a pledge from over 450 firms across 45 countries, which have over $130 trillion in assets, to align their portfolios to net-zero emissions by 2030.

Closing our conversation with Vaitea, we asked her about the role of women in a male dominated industry. The importance of gender equality in the clean hydrogen ecosystem was also mentioned by European Commission Executive Vice-President Frans Timmermans in a response to a letter from a Member of the European Parliament, underscoring that the Commission must build the ‘nascent clean hydrogen economy right...ensuring that women are equally represented.’

"With this platform, we can put pressure on events to reach a gender balance in speakers, but also for associations and initiatives to have women decision makers at their table. There are no more excuses.”

Vaitea advises a proactive approach in finding and hiring diverse team members. In fact, she originally reached out to her co-founders Sebastian and Jan because she was inspired by their vision.

“It’s incredible to look back: we grew from 11 to 200 in 4 years and between us we have over 18 nationalities. We are looking for more colleagues to join our fight against climate change – together, nothing will stop us”.