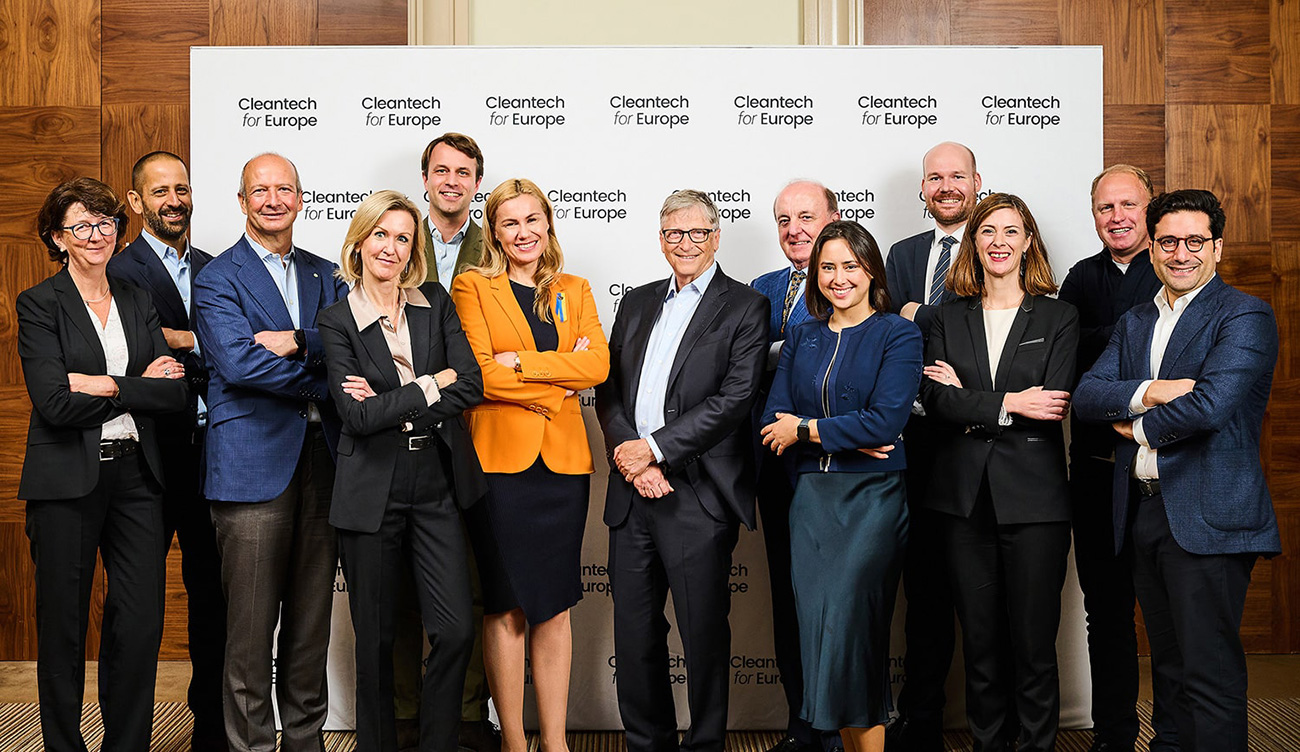 The coalition is supported by Bill Gates, founder of Breakthrough Energy and Kadri Simson, European Commissioner for Energy, both in attendance at the event.

“Europe is facing an energy crisis and the threat of climate change. The solution must be a clean energy transition. We need to rapidly scale up innovative technologies, and this new coalition of cleantech frontrunners will help us to get there.”

The coalition members are companies scaling and industrialising technologies  whose products and services range from decarbonising industry and energy with renewable hydrogen to producing scalable low-carbon cement; from electrifying transport to recycling materials and batteries.

“The companies in this coalition all have the highest ambition to drive change and decarbonization in our industries. We will work together to level the playing field for industrial scale-ups.”

The Cleantech Scale-up Coalition’s objective is to usher in a new era of climate and industrial leadership for Europe. While Europe has developed most of the technologies it needs to get to net zero, it is still struggling to scale and industrialise them. The broad deployment of innovative clean technologies is crucial for achieving European climate, energy, and competitiveness goals and increase the region’s ability to be resilient to future shocks.

“This new coalition of sustainable frontrunners embodies the spirit of European entrepreneurship. If we create the conditions for their success, the EU stands to become the climate and industrial leader of the next decades.”

“Scaling and deploying clean technologies will get Europe not just climate neutrality, but also energy autonomy and industrial leadership. This new Coalition will carry the voice of the next generation of industry.”